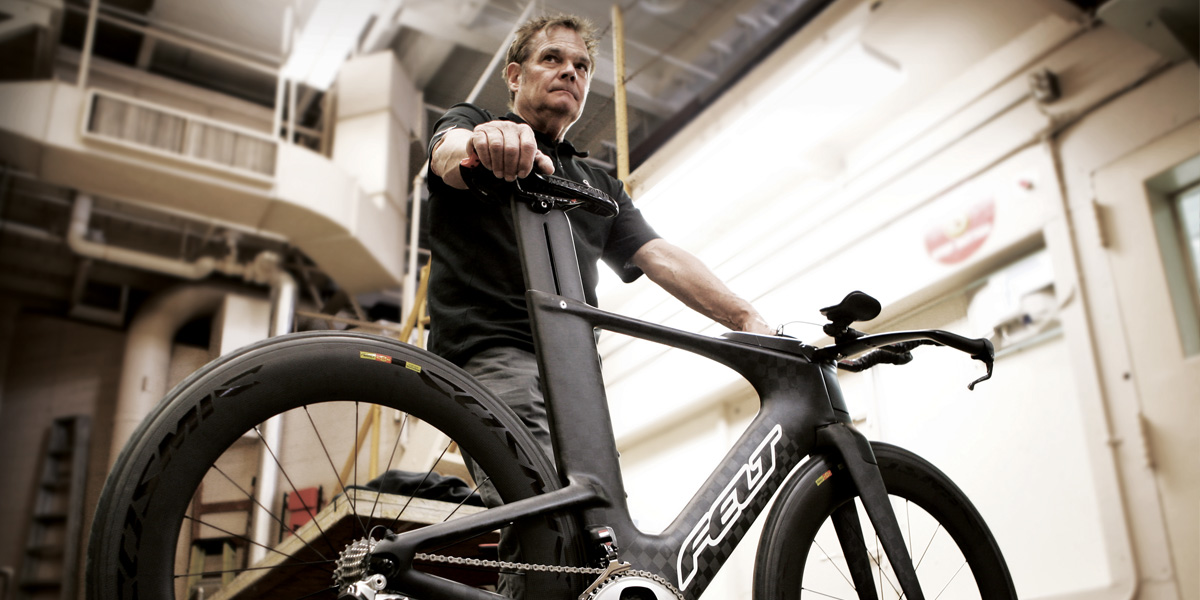 Felt Bicycles was founded on one principle: to design, develop and deliver the best bicycles in the world. Before founding his namesake company, and in addition to being an accomplished triathlete, Jim Felt was one of the top motorcycle mechanics in the United States after having worked with industry leaders Honda, Suzuki, Yamaha and Kawasaki.

His work was so innovative that Easton Sports hired Felt as the company’s product engineer and tasked him with creating an all-new bike for three-time Ironman World Champion Paula Newby-Fraser. Shortly after, she became four-time champion of the most prestigious race in triathlon. Jim Felt then launched his namesake brand, Felt Bicycles, and utilized his frame-building expertise to develop a complete line of road and time trial bikes.

Today, each and every Felt bicycle features unique and innovative features that set it apart from its competitors, all in the name of Felt’s original guiding principle. And with countless new and exciting projects on the horizon, that principle remains the same to this day and well into the future: to design, develop and deliver the greatest bicycles in the world.